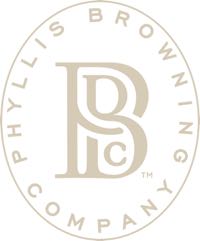 San Antonio – The total number of homes sold in the San Antonio area reached an all-time high in 2015 with 27,154 homes sold, according to the Multiple Listing Service Report from the San Antonio Board of REALTORS® (SABOR) which reports on all areas contained within the MLS.

Previously, the year with the most sales on record was 2006 in which 26,169 homes were sold. The average sales price of a home in the area in 2015 was $231,976 and the median sales price was $192,800, a six and seven percent increase respectively. Days on market in 2015 experienced a twelve percent decrease to just 60 days and price per square foot increased ve percent to $106.

“We continue to see more and more people getting into the housing market, whether they are buying or selling, and with homes at a ordable prices all around the city and surrounding areas, there really is something for everyone in this market,” said Bob Jacobs, SABOR’s 2016 Chairman of the Board. “In fact, while the majority of homes sold are still below $200,000, we have seen a gradual shift in more homes being sold in the range between $200,000 and $500,000.”

In just the city of San Antonio, a total of 12,231 single family homes were sold in 2015. This is a seven percent increase over the previous year’s sales. Of these sales, 11,569 were existing homes while 661 were new construction.

“Not only was this a record-breaking year in our real estate market in terms of sales, but December ended with 1,401 sales still pending as we headed into the New Year,” said Angela Shields, SABOR’s President and CEO.

San Antonio Board of Realtors

*Percentage increases are based on a year-over-year comparison.

About SABOR:
The San Antonio Board of REALTORS® is the largest professional trade association in San Antonio and represents over 9,500 REALTOR® members. SABOR’s membership services nine counties including Bexar, Atascosa, Frio, Karnes, Kendall, LaSalle, McMullen, Medina and Wilson. SABOR is one of over 1,600 local boards and 54 state and territory organizations of REALTORS® nationwide that make up the National Association of REALTORS® (NAR).

Thank you for your inquiry.